Halloween is almost here and so is one of the largest updates Hyperstacks has ever seen!

Glide on the grinding bars, dodge new obstacles and infuse your levels with higher levels of logic with the multitude of items added! 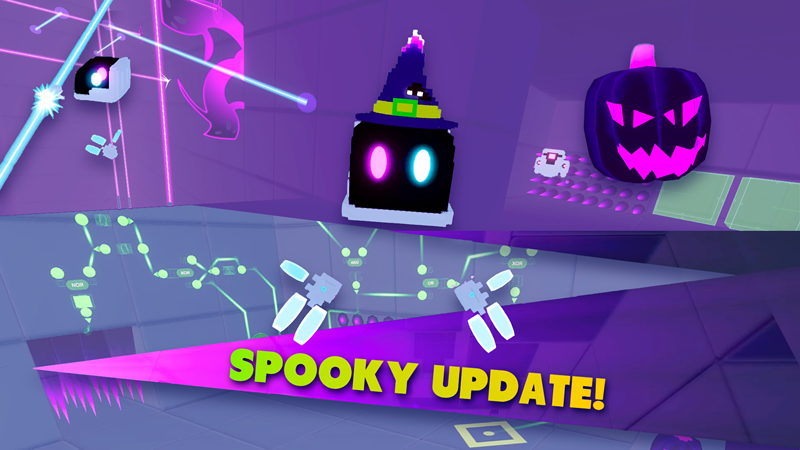 Slide on these laser strings and reach higher levels of speed never seen before in Hyperstacks!
Master the acceleration with your climbing skills and give your levels that sweet grind satisfaction!

Are you one of these people that love to make functional computers inside games?
Well, good news for you! Logic gates are your thing! 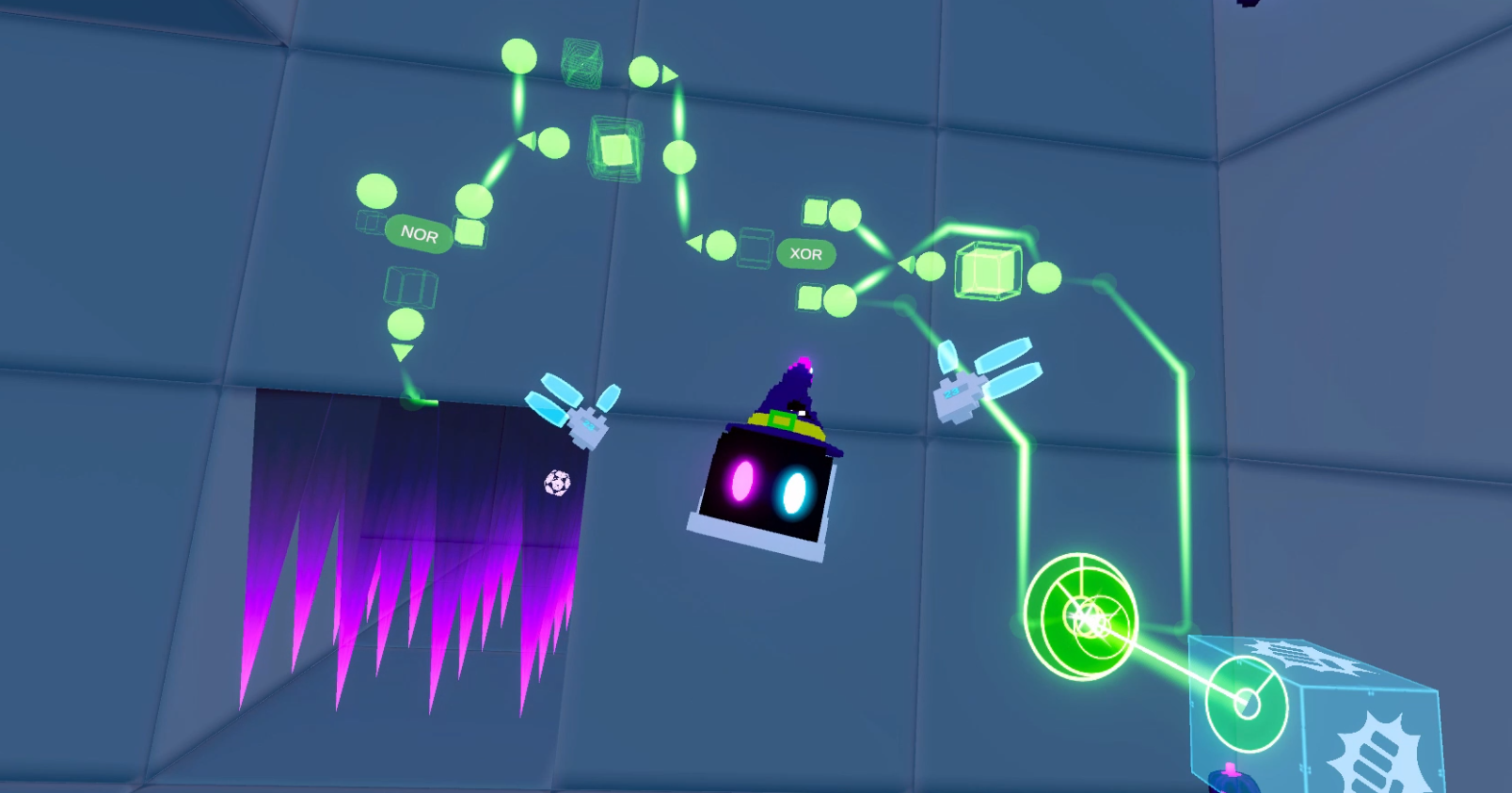 Create automatic systems, unbreakable clocks, and more complex systems, since there is no delay you can make it as complex as you want!
but don't forget to share your creations in our Discord server!

Need some of that ancient temple feeling on your level?
The new retractable spikes are just for you! Put them on a surface and see if you can trigger them at the perfect time to make some players into skewers!

The ultimate snack for level creators!

These bombs have a super explosive temperament, so don't hurt their feelings and give him some space or KABOOM!

It's correct! now you can push enemies.
But that doesn't damage them…

Are you a competitive player?
Well then fight for your place by being the ghost of the level!

(SteamVR Only for now)

Yay! Well YouTubers and streamers, it's time to create some sweet Hyperstacks content!

Breaking improvements are changes that may break previous levels made using the level editor, changes like this are to be expected due to the fact that Hyperstacks is still in alpha.